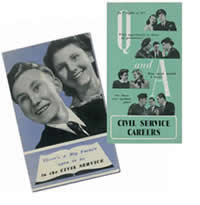 "Public servant number one. Sits in Whitehall. Is waited on. Do they know something we don't know? Public servant number two. Sits in Whitehall with nothing to do. Do they know something we don't know? Chief of Staff in a big black car. Buying arms for his jungle war. Does he know something that we don't know ..." sings the inimitable Charlie Harper at the start of the UK Subs' Public Servant, a great track from their second LP Brand New Age. Charlie is a London institution held in far higher regard than the heart of the Civil Service he sings about. It really is scary the role played by the higher echelons of the Civil Service in controlling this country and shaping what the Government of the day thinks is its policy. Of all the songs that make passing reference to Whitehall the most powerful and poignant has to be the Style Council's Homebreakers. Mick Talbot's vocals capture the vulnerability of the vengeful perfectly ...
Posted by Yr Heartout at Sunday, May 16, 2010