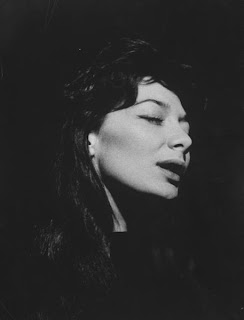 "Un chinois est sorti de l'ombre. Un chinois a regardé Londres. Sa casquette était de marine. Ornée d'une ancre coralline. Devant la porte de Charlie. A Pennyfields j'lui ai souri. Dans le silence de la nuit. En murmurant je lui ai dit ..." sings Juliette Greco in her version of La Fille de Londres. Ah Juliette Greco. I think now of Alfie and Robert Wyatt's song Old Europe. I think of Richard Barnes' Mods! where I first saw the name Juliette Greco. And I think of Juliette dismissing Malcolm McLaren with the line: ‘I have had the greatest poets in France write for me, and you are asking me to sing this!’ And how delighted he would have been to have her slam down the score. Among the poets whose words Juliette has sung is Mac Orlan who wrote La Fille de Londres (with its nice reference to Pennyfields down near the old West India Docks). One of the famous interpretations of that song is by Germaine Montero. I believe a collection of Mac Orlan songs sung by Germaine was a particular favourite of Guy Debord and his circle in the '50s. Start putting all this together and you can understand why Malcolm as a London boy was so enchanted by Paris ...