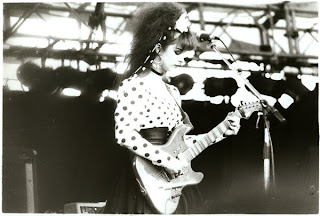 "In the night we freeze and you want me to tell in London's lonesome park Brockwell..." Ah this feels like the right time of year for this beautiful song, Brockwell Park by the Red House Painters. Oddly it's never seemed that strange to me that a San Francisco group should sing about a public park just south of Brixton, next to Herne Hill station. After all they've got a great south London name. For the Red House in Bexleyheath was built for one of our heroes, the socialist poet, artist, dreamer William Morris, and for a short period it was the centre of much artistic and cultural activity. It's well worth a visit. Brockwell Park itself was somewhere I first visited in August 1984 for a free event to protest against Tory plans to abolish the popular Greater London Council (GLC). While Strawberry Switchblade and The Fall were magnificent on that day, there was some terrible stuff on (The Damned, Spear of Destiny, New Model Army), and the crowd's demeanour and behaviour was boorish at best. It was just horrible. 25 years on, and this performance by lovers rock legend Sylvia Tella seems a lot more fun ...