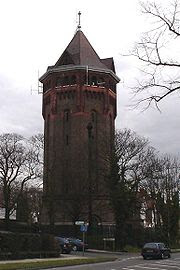 "For what has Georgie done on Shooter's Hill? Was it stealing or murder of any? Oh he stole sixteen of the lord judge's deer. And we sold them down under the valley ..." Georgie, performed by Martin Carthy (one of Scritti Green's heroes) is an old folk song I first became aware of via a Transpontine post on south London folk songs. This version has a similar poaching/pleading theme as Geordie, which has already been featured. Shooter's Hill, south London's highest point, has quite a reputation. It's frequently associated with Dick Turpin and the dandy highwaymen who would work the Roman Road or late night on Watling Street if you like, and hangings used to be carried out there. Shooter's Hill also features in the nursery rhyme about John Cook and his grey mare. More recently Frankie Howerd went to school there, Boy George grew up there, and Mark Perry may still live there. And here Martin Carthy sings Georgie in his back garden ...