Nan I Am London 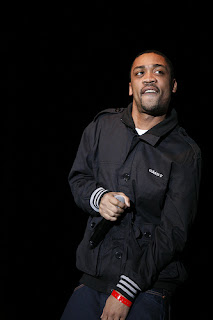 "Yeah, I know Nan, I know you always told me come out of London, but I can't ... I am London ... ask London ..." There is a certain genius in being able to throw together a track that immediately makes the listener feel that they're eavesdropping on a private conversation. That's what Wiley aka Eskiboy achieves on Nan I Am London, from his mixtape Tunnel Vision Vol. 5. Part of the genius of it is using the word Nan. One of the most widely used words, but how often have you heard it in a song? It takes a Wiley old soul to get away with it. And actually without that one word, Nan, it would all fall flat. I like the split personality of a Wiley/Eskiboy. Most great performers can do pop or underground, but few manage to do the two at once. Is it too pretentious to suggest that duality is a bit like the London Wiley can't leave behind? Like, for instance, Dagenham rapper Devlin will chat about putting on his Lyle & Scott to go up West for a night on the town in London City. But then on the other hand there's his track Community Outcast about the lost of London ...