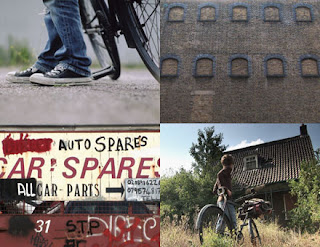 "I look out the window and see the streets below. Cars and the people. Lonely church steeples surrounded by grey. We need to move away ..." Ah the eternal debate couples seem to have. It's the gist of the dialogue Sarah Cracknall and David Essex have during Saint Etienne's Relocate. Do we move out of London to the countryside for a better way of life? Or should we accept the city for all its faults because at least we've roots here and it's got a bit of life after all. From what is surely the group's finest work, Tales From Turnpike House, this wasn't the only time they worked with David Essex. David (along with Linda Robson) provided the narration for their film What Have You Done Today Mervyn Day? Set on 7th July 2005, a unique day of national celebration and horror in London's history, it captures something of an east London about to disappear for better or worse just before the preparations for the 2012 Olympics begin. David Essex, of course, is one of the great London pop figures, but did he record any London songs at the height of his fame? Similarly, the Saint Etienne lads, for all their London related works, did they really write about the Croydon suburbs that wrought them? Well, if they didn't at least Danish progressives Burnin' Red Ivanhoe did at the start of the '70s with their unexpected track, the wonderful 2nd Floor Croydon from an LP that even saw a UK release via John Peel's Dandelion label. "And when she moved her head in a certain way outside her window she could see Big Ben ..."
Posted by Yr Heartout at Monday, June 21, 2010