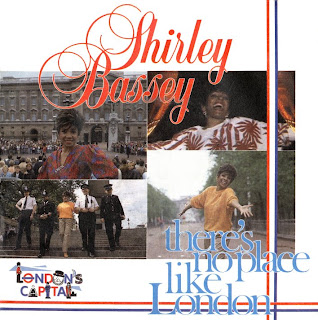 "When you walk down the street feel the history under your feet. From the top of St. Paul's to the old market stalls. All in all it's my cup of tea ..." sings Shirley Bassey on her 1986 single There's No Place Like London. Written by Lynsey De Paul and Gerard Kenny (who wrote the Minder theme) the song was used by the British Tourist Board (or some such body) to promote tourism in the Capital at a time when visitor numbers were falling off, possibly as a result of the IRA's bombing campaign. Strange choices all round, but then Dame Shirley's been around, as she says. My mum remembers seeing her on a bill in London in the '50s singing Burn My Candle (At Both Ends). No Place Like London is also the title of a number written used by Stephen Sondheim in his Sweeney Todd musical. In 2009 house/garage producer Todd Edwards used the track in a mix as a crowdpleaser when playing to a London audience. As far as I know that has not been used yet in a tourism advert ...