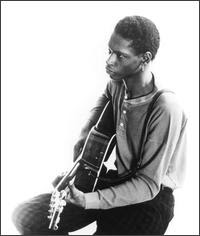 "I got down to London and what did I see? A thousand policemen all over the street. The people were shouting and looking at me. They said the Colin Roach's family demand an inquiry ..." sings Stan Campbell on The Special AKA's Bright Lights. The lyrics refer to the case of young Black Londoner Colin Roach who died in bizarre circumstances in 1983. A verdict of suicide was recorded after he died of a shotgun wound to the head in Stoke Newington police station. There were widespread calls for a full inquiry at the time, but these were rejected, provoking considerable anger. Benjamin Zephaniah, who was among the first on the scene when it happened, wrote a poem about Colin's death. The case is also mentioned in Macka B's remarkable We've Had Enough, which in addition refers to the police's part in the stories of Cherry Groce and Cynthia Jarrett which ignited riots in London in 1985.
Posted by Yr Heartout at Thursday, September 24, 2009