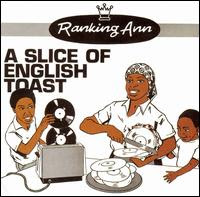 "Buy a house and do it quickly. Me don't want no cottage down by the sea. Me want a three bedroom in a Battersea ..." In Shot Gun Wedding Ranking Ann has no time for stereotypes and expectations. A familiar theme with Ranking Ann's work. This comes from a Mad Professor/Ariwa 1982 Sessions compilation, which was around the same time her debut LP, A Slice of English Toast appeared. You need that record. Ranking Ann can be seen here performing the title track in 1984. The live Mad Professor mix is astonishing. The song itself qualifies for inclusion here as it mentions being born in the labour ward down a' Waterloo. St Thomas' to you. What other songs mention London's hospitals?