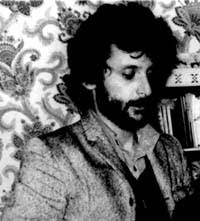 "The winds were blowing and stirring up reaction. A storm broke out. A militant action. Hot heads came in uniform. Thunder and lightning in a violent form ..." Jah War by The Ruts refers to the Southall riots of 23 April 1979. The neo-nazi National Front had provocatively chosen that day to campaign in Southall, where one of the UK's largest Asian communities lived. Anti-Nazi protestors and the local community turned out in force. The police presence was confrontational and there were serious disturbances. The Ruts' song specifically refers to an incident where the reggae group Misty-in-Roots had their HQ raided by police and smashed up. The group's manager Clarence Baker was beaten around the head and ended up in a coma. The group's equipment was also destoyed in the process. The day is remembered particularly for the death of Blair Peach, a special needs teacher from New Zealand who was a member of the Anti Nazi League. He was killed by a blow to the head, and to date no one has been charged for this. A verdict of death by misadventure was recorded, but the finger has always been pointed at members of the Special Patrol Group. The death of Blair Peach has been marked in song by Linton Kwesi Johnson and in poetry by Michael Rosen.