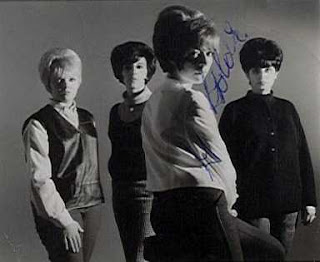 "Doesn't matter who you are. There's a melting pot of lunatic fringe. Seething with sedition. Annointed with wisdom. The streets of Portobello's extremes ..." The punk supergroup Lords of the New Church cast Portobello as an outlaw's republic, quoting the anarchist maxim of Emma Goldman along the way with the line about if voting could change things they'd make it illegal. It's a line that would take on particular significance for Londoners when the deposed leader of the former people's socialist republic of London Ken Livingstone used it for his memoirs. The Lords themselves were formed from the legions of The Damned, Sham, Barracudas and Dead Boys. Singer Stiv had been young, loud and snotty in New York where his Dead Boys were produced and mentored by Genya Ravan, the very great Genya Ravan, once the leader of Goldie & The Gingerbreads and once the mysterious Patsy Cole. Her own anarchic memoirs Lollipop Lounge are priceless, and deal in part with her time in London when the '60s were beginning to swing.