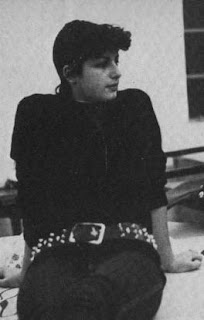 "Half the people think they're better. The other 'alf just don't care. Class distinction's alive and well here ..." In their splendid song Stanwell !Action Pact! maintains a great punk tradition by having a bit of a go at its hometown. Stanwell, as George Cheex tells it, is in sweet suburbia, just by Heathrow. Indeed the group's first recordings were on an EP called Heathrow Touchdown. Among Stanwell's other claims to fame is I believe the education of one Gary Numan. Heathrow itself doesn't seem to have been immortalised in pop song as often as you'd expect (I don't think File Under Pop's Heathrow counts!). But one song that springs immediately to mind with its line about every lousy Monday morning Heathrow jets go crashing over our heads is The Members' magnificent The Sound of The Suburbs ...