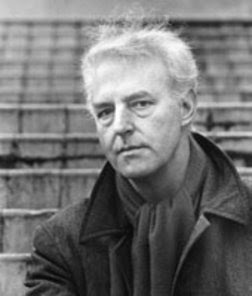 "Father was a cockney cupid. Mother wheeled a barrow. I was born in Piccadilly with a bow and arrow ..." claims London folk singer Mike Sparks in the song Eros. It comes from an excellent CD called Singing Sydney, which is a collection of songs written by the great Sydney Carter. Mike nicely describes Carter as "a folk poet and holy sceptic". Certainly many of his songs may have had a religious theme, but they often challenged and cajoled. His best-known composition Lord of The Dance actually dates from the mid-‘60s. It even appeared on an EP for Elektra, featuring Martin Carthy and the Mike Sammes Singers, with Joe Boyd involved somewhere. As a 'native' Londoner it seems appropriate that his own London songs have something of a twinkle in their eye. Eros is a real gem, and a timely reminder for those who want to make a big thing about race that there is no such thing as a 'pedigree' cockney when since the days of Julius Caeser the river has brought goodness knows how many to this city. We're mongrels and proud of it. Mike's collection of Sydney Carter song is unreservedly recommended, and a visit to his website is certainly called for. Another of Sydney's songs, The Crow On The Cradle, has been sung by many people, and Jackson Browne has been singing it as an 'anti-war' anthem for many years now ...