From The City To The Isle Of Dogs 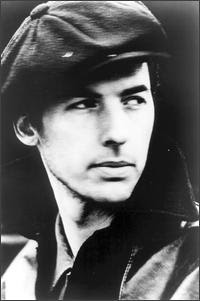 "Hey young executive. You've moved to the island. With your shady deals and your wheeling and a dealing. Get a cheap thrill from someone's home that you are stealing. Low life, you'd better close your eyes. 'Cos this is no life ..." From The City To The Isle Of Dogs is another of the late great Frank Tovey's songs about London life. This one captures the moment when the old Docklands was being regenerated, and the young professionals were moving into the area creating a striking polarisation among the population. I don't think the 'traditional' working class population has ever rid itself of that feeling of resentment, resignation and rejection. Part of the appeal of new property in the old Docklands area was its proximity to Canary Wharf, the new financial centre, which is nicely dismissed in the Bitter Springs' single My Life As A Dog In A Pigsty. The Springs' Simon Rivers carries on the sardonic storytelling tradition Frank Tovey embodied so well. Oh and it wasn't the first song Frank wrote that mentioned the Isle Of Dogs. Back in 1982 when he was still performing as Fad Gadget the title track of his Under The Flag LP started with a reference to the island. That LP I believe was made with his newborn son in mind amid Frank's fears for the world he was bringing him into.
Posted by Yr Heartout at Friday, April 02, 2010