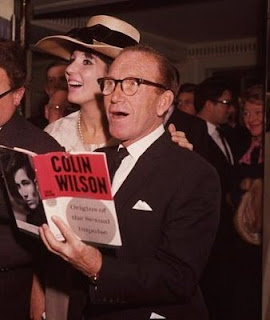 "Morning noon and night you'll see them patrolling. And lo you'll really hear them saying: 'If you have the money dear we have got the time to spare.' That is the policy of the folks from Piccadilly ..." A highlight of the fourth title in Honest Jons' London Is The Place For Me series, and originally a cut from the mid-'50s, which appeared on the flip of a Melodisc single Black Pudding (I'm already making up my own punchlines), Lord Kitchener's Piccadilly Folk is a cautionary tale about the sexual impulse and the dangers of being tempted 'round Eros. Interestingly he uses the line about the Piccadilly folk descending like a fighter jet, as Piccadilly Lily was the name of a famous American one. Mind you, Piccadilly has also long been the location for the sports store Lillywhites. And Piccadilly Lily is also the name of Heironymous Merkin's hit in Anthony Newley's splendidly strange film ...